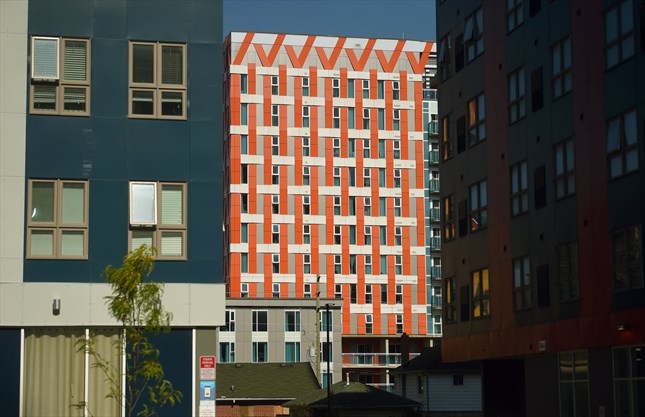 Costs could cause some building proposals to be reevaluated

The City of Waterloo has shifted development charges in an attempt to “deincentivize” the construction of studio and one-bedroom apartments, with the hope more rental units for families will be built as a result.

Development charges are fees imposed on development to fund growth related costs such as roads, water pipes and community centres. City staff say the city’s portion is substantially less those levied by the region.

At a meeting prior to the new year, Mayor Dave Jaworsky explained it’s a balancing act.

“If you look at some of the things we’ve been challenged with over the prior terms of council, probably prior to my arriving here, certainly we were getting a lot of five-bedroom style, purpose-built student housing,” he said.

Jaworsky noted that the city had previously hiked development charges for units with four or more bedrooms in order to curtail larger units that were being converted to condos or student pods, with locks on rooms. Rent for a five-bedroom unit was sitting well upwards of $3,000 — by no means affordable for an average family, he acknowledged.

But increasing development charges for larger units, thereby reducing them for units with one bedroom or less, has created somewhat of an imbalance at the other end, Jaworsky noted, with a larger number of studio and one-bedroom apartments being built in recent years.

“What we’ve been finding, I think in the last term of council and this term of council, is really not a lot of family apartments being created – two bedrooms, three bedrooms.”

The new, two-tier structure differentiates between apartment units with three or fewer bedrooms and those with four or more bedrooms.

However the change, which took effect Dec. 31, has some developers reevaluating the tenure of projects currently in the works.

The previous development charge rate for units with one bedroom or less, set at $6,108, essentially increased more than $2,500 to $8,684 under the new structure.

“The proposed increase of 42.2 per cent will have a direct and profound impact on the cost of housing for a specific subsection of the housing market that is considered more affordable, at a time when vacancy rates are at a record low and housing costs are exponentially rising,” said Alicia Monteith, urban planner with Prica Global enterprises, which owns numerous multi-residential buildings across the city.

Monteith said projects such as Prica’s 197-unit proposal for 203 Albert St., that’s currently in the planning stages, could see costs rise by as much as $1 million, after the region increased development charges for apartments this past year by $2,937 per unit or 23 per cent. The combined impact is an additional $5,513 in development charges applicable to studio or one-bedroom apartment units in Waterloo.

Still, total development charges for 203 Albert St., once estimated at under $4 million, are now closer to $5 million, Monteith said.

“Projects that were otherwise deemed viable as frequently or as recently as eight months ago are either in jeopardy or are reevaluating the form … including the transition of rental housing to condominium units due to financial considerations,” Monteirth said.

Monteith also noted the province’s proposed More Homes, More Choice Act is proposing significant changes to the Development Charges Act, as well as the establishment of a “community benefits charge”, which could accommodate a portion of current fees.

“I know from listening to this council table and the previous council table that there’s been an increased interest on the planning objectives side around family sized units being incorporated into apartment buildings,” he said. “And one of the levers that the city has is how we categorize development charges and how many buckets we slice these things in to…”

Henry said he wasn’t so sure if the move provides as much of a disincentive for developers to create one bedroom units as it does “reduce the disincentive” for family units in developer portfolios.