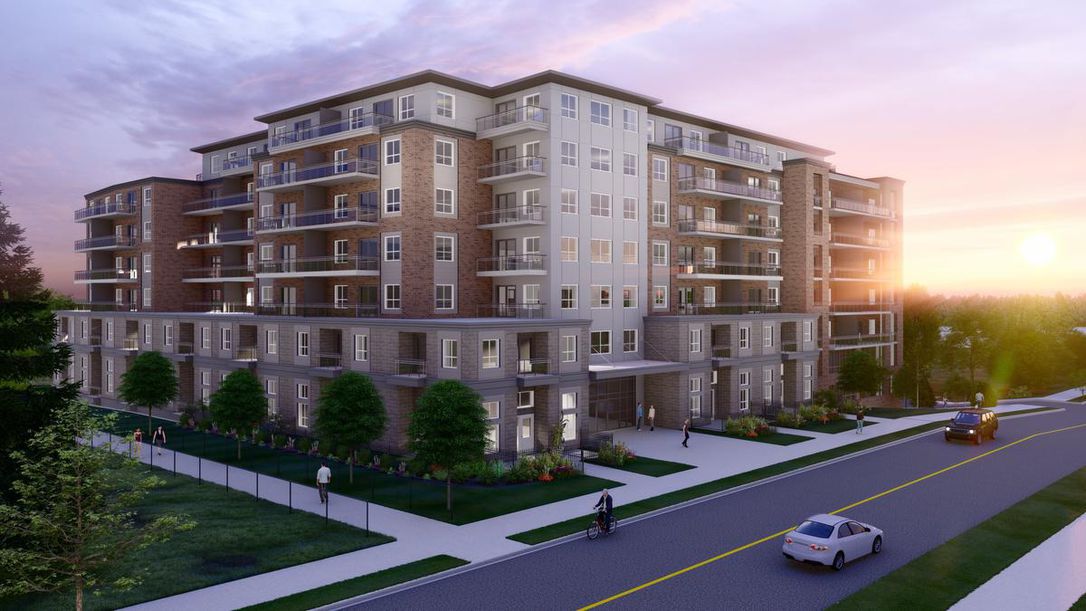 Waterloo council has struck a deal to lop six floors off a proposed highrise that neighbours and planners did not want built near suburban homes.

This has satisfied residents who live nearby in a complex of bungalows and villas.

“The unsightly, 12-storey monstrosity and the resulting impact of increased shade over most of our units throughout the year has been largely mitigated,” Jerry Huiskamp, director of the condo board at the Village in Beechwood West, told city hall by email.

Other neighbours are still fuming. Margie Warren complains the compromise exchanges height for width without addressing her concerns about extra traffic.

“This seems to be another example where lip service is given to appease the neighbours but our input is not valued or respected,” Warren told city hall by email. “I am feeling like a tiny ant stepped on by city council!”

Jennifer Lieberman argues that Beechwood Drive and McCrae Park will be overwhelmed by traffic from an additional 800 people who will move into this new development and into three others proposed nearby.

She dislikes the look of the proposed building, saying it lacks brownstone features proposed earlier by the city to smooth the transition from nearby townhomes to apartments.

“The homeowners in the neighbourhood feel as though the city they love and contribute taxes to does not care about them,” Lieberman said. “They feel powerless to stop what’s coming. A number of them are planning to move.”

The provincial tribunal has the final say. It gave partial approval to the compromise Aug. 27. Full approval is expected at a hearing Oct. 9.

“It is a compromise that we can make work,” Coun. Sandra Hanmer said in support of the proposal in her ward. “I know that people are still upset and concerned. It is difficult when things are not exactly as one might want it to be.”

She hopes people feel they have had input.

Council unanimously rejected 12 storeys last year. City planners said the height did not fit the suburb but the development fits with Waterloo’s goal to put more people into existing space.

Waterloo has seen several controversies erupt over plans to intensify suburbs. “Intensification is consistent with the public desire to stop spreading onto farmland,” Jaworsky said. “Unfortunately, it means changes in the neighbourhoods.”

The city tries to manage that tension, he said.

A planner who has represented the developer declined to comment on the compromise.