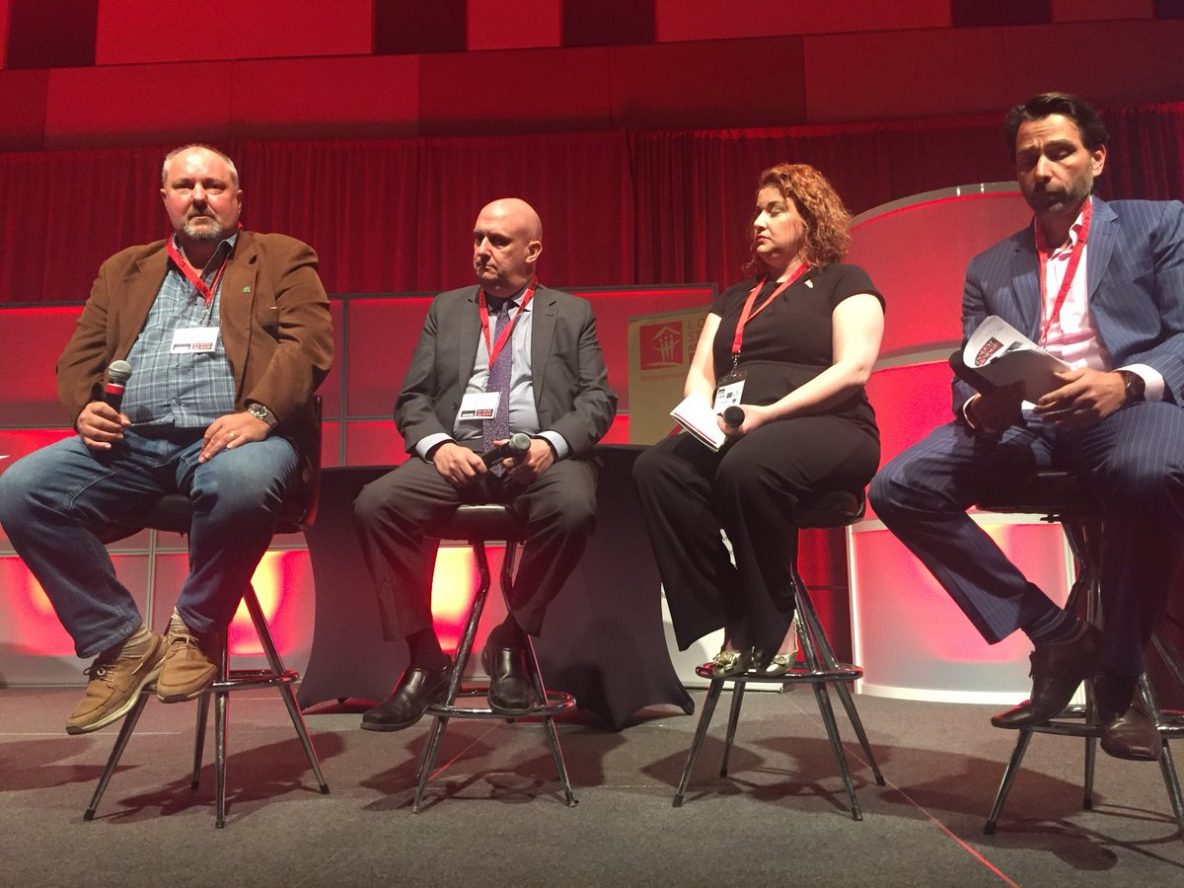 Faced with issues such a climate change and labour shortages, the construction industry is turning to technology more than ever.

That was the message from the eSmart Summit, a new event focused on technological changes in the real estate and home building, sponsored by the London St. Thomas Association of Realtors.

St. Thomas home builder Doug Tarry, who spoke at a morning panel, said the torrential rains and flooding that hit Southwestern Ontario late in February was a warning.

“The climate is changing and we need to start adapting. We need to use less energy, but we have to make them more durable.”

Tarry’s company has been a pioneer in building net-zero homes, which produce as much energy as they consume. He also has first-hand experience with the devastation caused by weather, heading up the Hope Agua Vita missions to repair hurricane-damage homes in Puerto Rico.

Tarry said as net-zero homes become more common, the cost is decreasing to only about $6,000 to $9,000 above conventional construction.

The key is to make the technology used in smart home heating and cooling as simple and user-friendly as possible, he said.

“We call it ‘set it and forget it’… It’s when homeowners mess with the systems that we get problems,” he said.

Alfonso Balassone of EllisDon said technology has become so sophisticated it can recognize an employee walking into a building and adjust heating and lighting before they reach their office.

He said net-zero technology can be sold as a smart long-term investment.

“The capital cost is so small compared to your operating costs over 30 years,” said Balassone.

For example, he said internet and telecom access is much better north of Highway 401 than south of the highway and that can influence development decisions.

The panelists agreed the construction industry is facing a serious shortage of skilled labour. The competition has become so global that skilled workers are lured to projects as far away as Dubai.

Tarry said that has led to increased use of prefabricated materials in the housing industry.

He said schools have to do a better job in encouraging students, especially female students, to consider trades.

The afternoon panel on economic and real estate dealt with issues such as the advent of driverless vehicles.