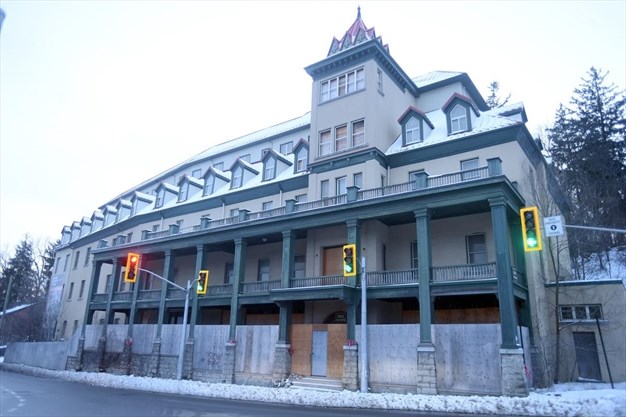 The chief building official for the City of Cambridge says the iconic Preston Springs hotel must be demolished.

In an order issued Wednesday, Dennis Purcell said recent assessments of the building conducted by two independent engineering firms have determined the building is in very poor condition and could lead to structural failure.

Purcell said demolition of the building at 102 Fountain St. S. is necessary to protect public safety.

“It’s a decision that was not made lightly,” he told The Record on Wednesday afternoon. The building dates back to the late 1800s, Purcell said.

The level of restoration needed to meet minimum safety standards presents significant and costly challenges, which are not guaranteed to fix the safety concerns. The deterioration of the building in recent years has also eroded much of the historic value of the designated heritage structure.

Years of exposure to the elements, including the freeze-thaw cycle of winter, has damaged virtually every aspect of the building — from the corrosion of steel columns to the collapse of entire walls.

“There’s structural elements that are gone and corroding. In the basement the steel is corroding, and because of the water damage the concrete is rotting away,” Purcell said. “A lot of metal decking in the flooring is corroding quite badly. I could go on and on.”

Efforts have been made to secure the building against urban explorers or squatters, but people have still gained entry in recent years and that poses a serious public safety risk.

The owner, Haastown Developments, has until Feb. 5 to apply for a demolition permit. President Paul de Haas could not be reached for comment Wednesday afternoon. The company purchased the building in 2012.

Purcell said he emailed his demolition order to Haastown on Wednesday but had not received a response as of 4 p.m. Wednesday.

If Haastown Developments fails to submit a demolition permit request before the city’s deadline, it would be considered an offence under the Building Code Act, and “we would do an assessment at that time with what action we’d go forward with,” Purcell said.

He hopes to see the building gone by the end of June.

Council will receive a detailed report next Tuesday and will be asked to vote to remove the building’s heritage designation. This will trigger a 30 day input period from the public and the city’s Heritage Advisory Committee.

Ward 1 councillor Donna Reid said the city has been worried about this possible fate for quite some time after the building sat vacant for about 25 years.

“There have been many, many attempts to find a way to make that area into a grand development,” she said.

Reid believes council should vote to remove the heritage designation.

“It’s not safe, and there’s no way council will allow an unsafe building there,” she said. “Public safety is our first priority.”