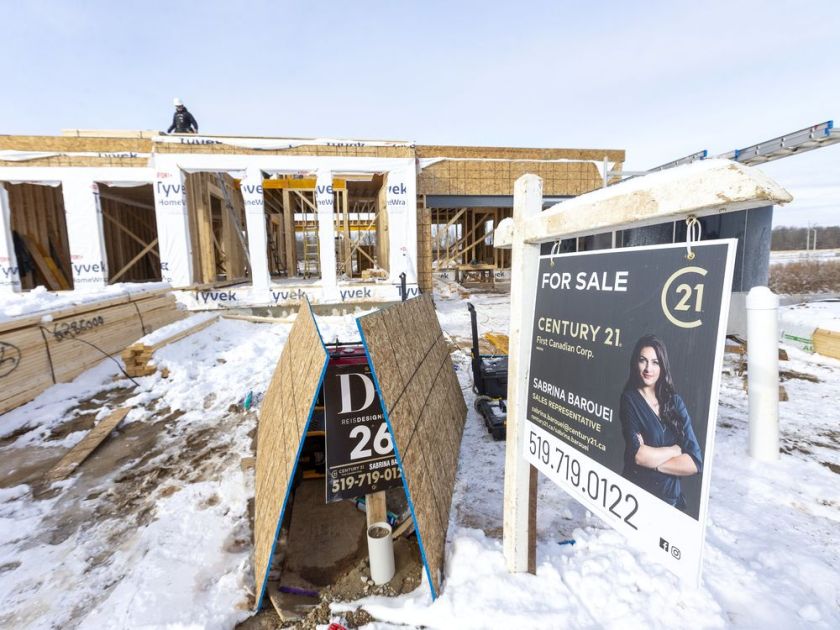 The proposed development on Kilbourne Road in Lambeth – one of several new ones coming to politicians soon – would have fewer and larger lots than most residential areas.

“It may be that the city pushes back and says put more lots on,” Beirbaum says, then laughs. “Which really sounds strange as a developer to take the counter-position, but because of the unique natural characteristics we want to keep the larger lots.”

That might come as a relief to neighbouring Lambeth residents, even while annoying supporters of more intensive infill.

But that’s the key to opening up more of the vast tracts of land in southwest London, says Ward 9 Coun. Anna Hopkins.

“The southwest is going to be all about development in the next 10 to 15 years, and for me, as a councillor it’s supporting development – we know it’s going forward – and how do we balance growth?”

Although in different wards, both proposals are part of the Southwest Area Plan, the massive tract of land that includes large areas for development, as well as built up stretches such as the Wonderland Road South commercial corridor and the community of Lambeth.

There are several large- and small-scale developments in the works for the area, and Hopkins said it’s becoming clear to her that the city, including herself, has to do a better job communicating with residents in the southwest when proposals first surface.

“I really do think we can do a better job,” she said. “I tell you I have my work cut out for me in Ward 9 with all the development.”

Traffic congestion, transit, the quality of life, and the need for more schools are all in play now, she said.

But Hopkins’ key message to residents of Lambeth and Byron is this: Development is going to happen.

“Lambeth and Byron, they are unique communities and they don’t want that to change. But we know we have to change, so how do we do that?”

“People from Lambeth felt 40 years ago they had to get out of the city and now they’re in Lambeth. But the reality is the growth will continue. It is tough for many people to accept change,” he said.

His company has a background in building high rises and that drew some initial concern from neighbours near the Kilbourne proposal when he first approached them, Bierbaum said.

“We have other properties where there are flat fields, there are no trees and we can build your town homes side by side and be successful. This one has large mature trees. It’s just a beautiful environment so our plan is to have larger lots and larger homes. Hopefully there are 14 people who appreciate it,” he said.

Hopkins said she hadn’t had a chance to look at BlueStone proposal, but suggested there will have to be the balancing act that should guide all development in the southwest.

“We try to intensify in areas but there are some challenges along the Dingman Creek. The sensitivity to building along the creek has to be taken into account,” she said.

The public can weigh in on the BlueStone and other proposals as they come up at London.ca/planapps.