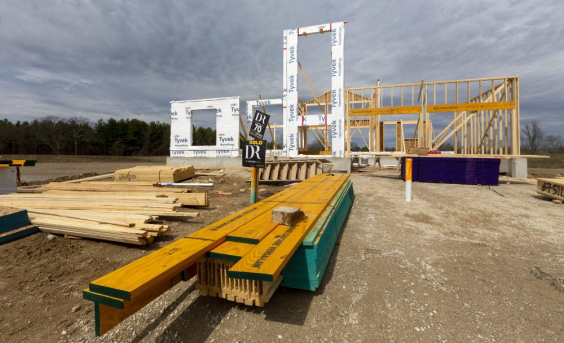 The COVID-19 pandemic has taken a $360-million bite out of construction in London so far this year, just-released city construction figures show.

City hall issued construction permits worth about $285 million from January to the end of May, compared to more than $651.8 million over the same period last year, a report headed to a city council committee shows.

The coronavirus emergency hit in mid-March, quickly bringing most construction to a halt.

But the industrial sector took the biggest hit as businesses shut down and building slowed, going from $310 million in 2019 to $13 million for 2020.

But building officials in the city are taking an upbeat tone, saying the drop will be short term, and already there is pent-up demand that may see construction roaring back.

“There are a number of applications waiting in the wings. I am optimistic. Developers have a lot of things going on. The development community wants to get going,” said Coun. Maureen Cassidy, chairperson of the planning and environment committee, which will meet Monday to receive the report on building permits issued by the city.

Underscoring the push to speed building, two planning meetings will be held next week to help clear the building backlog of proposed projects seeking approval and two more may be scheduled for August, she added.

Mike Wallace, executive director of the London Development Institute, which represent developers, has been advocating for the city to have more meetings and approve more construction to make up for the slowdown since March.

“We have asked for additional meetings, we are way behind,” said Wallace.

“We need to get caught up so we can be a leader in the economic recovery of the community. We are an opportunity to help financially if we can move forward quickly.”

During the pandemic the city kept processing permits, although they could not be issued and work could not start. But as soon as building is approved, it means there are many projects lined up and ready to go, said Wallace.

Toby Stolee, president of the London Home Builders’ Association, believes the construction market is “heating up” and buyers are so impatient they are snapping up model homes as they don’t want to wait for building, he said.

“We are seeing a lot of activity, builders are busy. There is a lot of interest now in standing products,” he said.

The construction market was going strong when the pandemic hit in mid-March and now that construction has resumed, it is picking up where it left off.

But the sector is also challenged by shortages of skilled trades, lumber, especially pressure-treated lumber, and other supplies, such as interior doors as manufacturers have been shut down, he added.

He also praised the city for working with builders, trying to get inspections done amid the pandemic and trying to speed approval of projects.