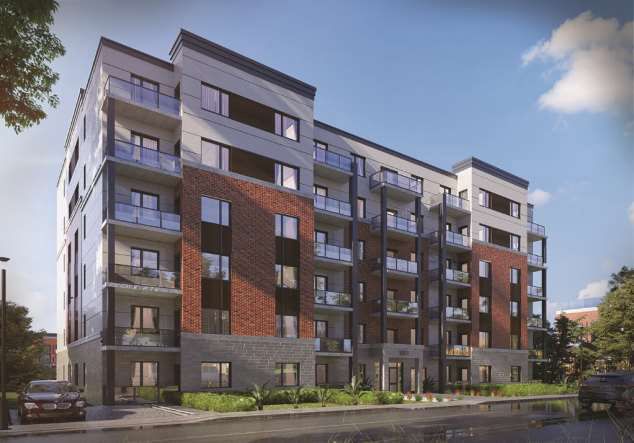 The planning committee will review a proposal by Drewlo Holdings to build several mid-rise towers at 475 and 480 Edgevalley Rd. in the area of Highbury Avenue and Kilally Road.

A major residential development in southwest London is on the verge of getting bigger.

York Developments is asking city hall for approval to begin the next phase of its Silverleaf subdivision in the Colonel Talbot and Pack roads area.

Work is underway on 108 homes just south of Pack Road. York is seeking the green light from the city to build an additional 64 single-family homes and townhouses and apartments that could add more than 300 units.

“It is a major development, but it is a very large parcel,” Sonia Wise, a city planner, said of the 40-hectare site.

“A lot of those units are taken up by large, almost estate lots and single-detached lots. The density is fairly low.”

The Silverleaf subdivision at 3493 Colonel Talbot Road was originally approved in 2014 and the second stage in 2016, but that approval is only good for three years.  York is looking for a three-year extension on the approval so it can ready the site for building.

“This ward is all about development and I support density, there is a lot of mixed use” in the city’s southwest, said Coun. Anna Hopkins, chairperson of the planning committee and also the ward councillor.

Though Hopkins said she supports building, concern is growing about how to get around in the area because it is the site of some of the most ambitious building plans in the city. Nearby, a massive $500-million, 1,300-unit residential development has been approved for 16 hectares surrounding the new Bostwick Community Centre. That development at 3080 Bostwick Rd. at Southdale Road may be home to six residential towers, an office complex and commercial space.

There is more coming, Hopkins said, adding another “huge” proposal for the area from York, near the Bostwick centre, will be presented to planning committee Sept. 23.

“With all this building, where is the design for traffic? We need to be able to move around,” Hopkins said.

In addition, York is also looking for approval for a commercial development at 3493 Colonel Talbot Rd.

The planning committee will also review a proposal by Drewlo Holdings to build several mid-rise towers at 475 and 480 Edgevalley Rd. in the area of Highbury Avenue and Kilally Road.

Drewlo plans to build five apartment buildings ranging in height from four to six storeys at the two sites.

Drewlo plans to build two four-storey buildings with 39 units each at 480 Edgevalley Rd. with 106 parking spaces.

Although the site is now zoned for medium density, Drewlo is requesting a zoning change that would allow apartment buildings to be built.

“Given market demand and the direction of the London Plan we chose to plan low rise apartments for this block,” said Carrie O’Brien, a planner with Drewlo Holdings.

The planning meeting will allow for public comments. At a community meeting Aug. 7, attended by about 45 area residents, several concerns were expressed about the development, with some residents suggesting the buildings should be capped at three storeys. Residents also called for less paved areas, more landscaping and green space, larger setbacks and better traffic flow.

“There has been a conversation about this in the community. I expect people will be at the meeting,” Hopkins said.

“I want to hear what the community has to say but we are about intensification and density. Infill has to be seriously considered, as long as it fits in the community.”

Drewlo is proposing that four of the units would be classified as affordable, with the rent set at 85 per cent of the average market rent for a period of 15 years, the staff report states.

The development site is on the north side of Kilally Road, east and west of Edgevalley Road and south of Agathos Street. The site is vacant with single-detached homes to the west and south, and there will be more single detached dwellings built to the north.