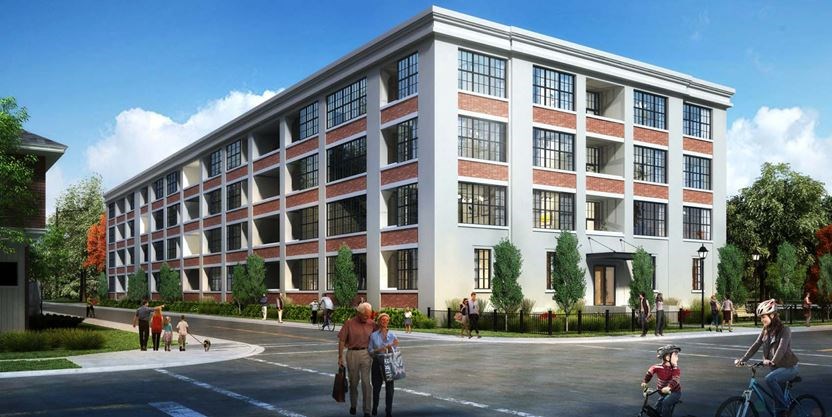 People will one day be able to live in what was once a factory — however, there is still the issue of addressing the extra traffic on some of The Ward’s narrow streets.

At Monday night’s meeting of council, 10 councillors and the mayor voted unanimously in favour of a proposal to bring a residential development to 120-122 Huron St., the site of the former Uniroyal factory.

Coun. Rodrigo Goller was not present for the meeting, and Coun. James Gordon declared a conflict of interest, given that he lives in the area.

Under the proposal now dubbed the Alice Block, the former plant would be transformed into an 87-unit condominium building.

To the south of the former factory, trees and other buildings that used to be on the site have been removed, making way for 59 cluster townhouses. Under the proposal, there will be three-storey buildings fronting along Huron, and two-storey buildings on the eastern interior of the property.

While the renovation of the factory remains largely unchanged, the townhouses slated for the property have dropped from the original 96 stacked and cluster units.

With the hundreds of new people coming to the area with this development, along with others in the area such as Biltmore and Metalworks, much of the council discussion revolved around what to do with traffic.

In his presentation to councillors, Chris Pidgeon from the GSP Group said there are plans to widen the street at Alice Road to accommodate the extra traffic the development would bring to The Ward. He later added there would be reconstruction of Huron Street as well.

The staff report also notes that “some traffic calming in the form of bump-outs and lay-by parking on the east side of Huron Street will narrow the street and help slow traffic to ensure safe access to and from the site.”

The report adds that traffic volume and speeds are “otherwise low enough that no further measures are warranted.”

However, this does not alleviate some residents’ concerns around the amount of extra traffic this development would bring to the neighbourhood.

“Speed bumps, restricted or pinched entrances or a combination of both for Oliver and Manitoba, also vehicle-activated lights at Huron and Elizabeth Street, would help in our area,” delegate Joan Fenlon said.

Councillors Bob Bell and Leanne Piper both attempted to bring forward amendments that would see traffic calming measures studied in the area — Bell’s saw a referral to the innovation, development and enterprise committee, and Piper’s to the city’s traffic study process.

“However, they are streets that cannot accommodate even a medium or less than medium volume of traffic.”

Neither measure was able to garner enough votes to pass.

As for the parkland dedication for the development, the staff report recommends that a cash in lieu payment be taken.

The developer had proposed that a neighbouring site it also owns, 104 Oliver St., be used as parkland for the neighbourhood. However, staff note that the 800-square-metre property did not meet the city’s criteria for parkland.

“The site does not meet the city’s standard criteria for parkland acquisition, but staff are willing to further discuss the potential for a passive recreation park or urban square on the site through the site plan approval process,” the report adds.

Council critic Susan Watson, appearing as a delegate, told councillors she believes the city should look at taking the land now, rather than planning on possibly getting it later.

“The only legal requirement is that money from the proceeds of the must go back into the parkland fund, so accepting conveyance of land now for 104 Oliver does not preclude getting the cash later if we decide that that is in the best interest of the community,” she said.