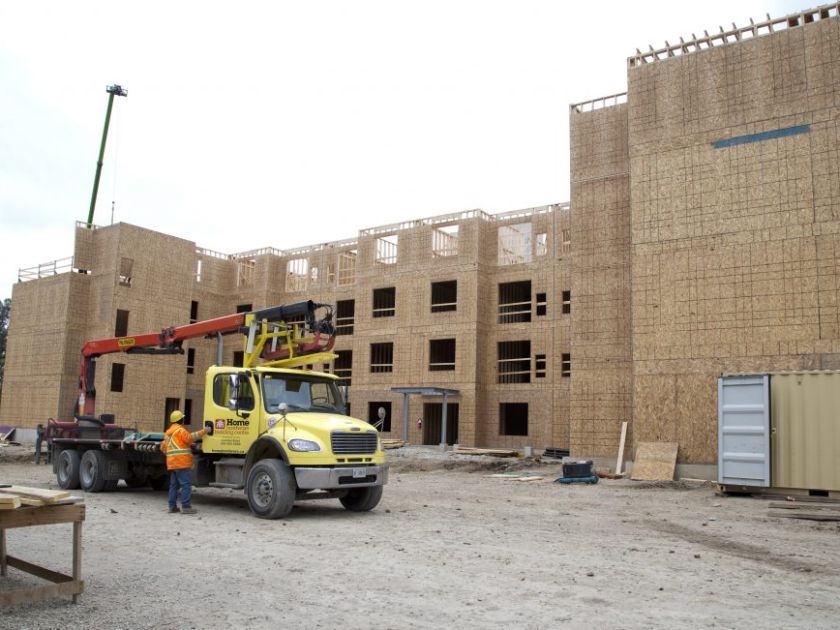 An organization representing London’s development community is backing a new program that would grant interest-free loans to affordable housing builders and those creating granny suites in their homes.

Two community meetings are on the calendar in the coming weeks to seek Londoners’ views on the effort – called an affordable development community improvement plan – after it got the green light from council last month.

Particular elements of the proposed affordable housing program are up for discussion, such as the timeline for paying back loans, and whether a certain portion should be forgivable.

“We’re supportive of the city doing whatever they can in terms of helping to tackle the affordable housing issue,” said Mike Wallace with the London Development Institute, representing developers in the city, adding affordability is the No. 1 concern for his members.

Wallace isn’t convinced the program will see huge uptake from the developers he represents, saying most build subdivisions or large-scale projects, but the LDI is interested to see how it unfolds.

“We’ll see, when the program is put in place, what the uptake is, if any, from our group. It’s maybe not enough of a financial incentive for our group, but that’s part of the discussion.”

Under the proposed system, loans would range from $10,000 to $20,000, the larger loans for those building the most affordable units, especially in areas of the city earmarked for infill and other growth projects.

A project would have to include at least five affordable units in order to qualify for a loan. But unless the standards change, even rents set at 90 to 99 per cent of average market rent can be considered “affordable.”

A staff report on the proposed program showed that nearly 25,000 London households need a place to live that’s more affordable, in better shape, or with more room for the size of family.

The proposed affordable housing plan also still has to make it through looming budget debates, when council will need to decide how much it wants to allocate to the pot for the affordable housing loans. They’d be stored in a new reserve fund that would be replenished when builders pay back the money. Right now, payback is proposed to be during the 10 years after the affordable units are filled.

“It was identified that the up-front costs and up-front financing of development are the largest costs to developing affordable housing and any relief available to lower or off-set such costs would be beneficial,” city staff said in a report on the program.

The loans from city hall also would serve to help builders tap into housing funds from senior governments. Federal government funding now requires a “co-investment” at the local level.

The second stream of the loan program would help out homeowners creating a secondary suite in their home. The principle goal is to open up the stock of affordable units, but granny suites in the basement or garage  also may help drive intensification in neighbourhoods that might not otherwise see that kind of inward growth, and create mixed-income communities.